Ketamine’s role in safe surgery must be protected

When I first started my anaesthesia training in the UK, barely a month went by without the journals extoling a new-found property of the old drug Ketamine. Yet in clinical practice there was little appetite for the drug—it allegedly caused horrific hallucinations, challenged the ischaemic myocardium and raised intracranial pressure. In retrospect, this was perhaps a little silly.

With the exception of Xenon, Ketamine approaches many of the ideal properties of an anaesthetic drug. The other available IV agents cause airway compromise and cardiovascular collapse—granted these side effects can be managed—but nonetheless they are life threatening side effects. Anaesthetic gasses likewise have cardiovascular sequela and require complex machines along with uninterrupted gas and power supplies to be given. Xenon, while ideal, is currently an uneconomical option—even in high income countries.

Ketamine is in a class of its own. It preservers airway, respiratory and cardiovascular function, with the added bonus of intrinsic analgesic effects. It is cheap, easy to store and transport and doesn’t require expensive machines or infrastructure to be administered. The perceived downside of the drug are likely to have been overplayed in the past.

It is unsurprising that Ketamine has become the choice anaesthetic agent in rural resource poor settings. Ketamine is frequently used for induction and maintenance of anaesthesia for urgent operations—including Caesarean sections. In this setting, Ketamine facilitates safe and humane surgery. Other drugs are either too costly or complicated to give.

Outside the medical (and veterinary) setting, Ketamine is used recreationally, by a small number of people (primarily, in higher income countries). There have been repeated calls for tighter international regulation of the drug over the last 10 years; this will again be proposed at the upcoming UN Commission on Narcotic Drugs in the coming week. While tighter regulation may be warranted in some economies to prevent abuse, a worldwide approach will deprive those living in poorer economies from safer surgery.

Put simply, the bureaucratic and administrative burden to source Ketamine will become prohibitive in many low-income settings. The unintended consequence of this regulation will be to deprive the world’s poorest of safer and humane surgery.

The following fact sheet provides a useful summary of the drug, risks and benefits and the regulatory process that will unfold over the next week (9th-17th March 2015). 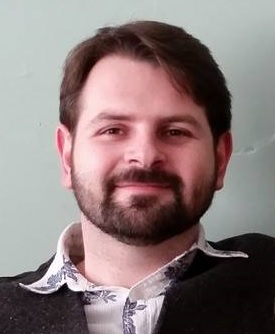 Bio: Matt Jackson has nearly completed Anaesthesia and Intensive Care training in the Northwest, UK. He is interested in developing educational and research capacity both at home and in lower income countries. Matt is involved with a meducational link in North Uganda, is founding co-chair of www.NWRAG.com and has just returned to the UK following an Ebola mission in West Africa.